ModaFlow™ : the first all-in-one benchtop  instrument that integrates all the components to perform single-cell research based on droplet microfluidics easily.

Thanks to its fluorescence detector, droplet sorter and user-friendly software, ModaFlow makes functional cell sorting accessible to everyone.

Droplet microfluidics is a tremendous cutting-edge technology. It has the potential to screen millions of individual cells in one day and to find the rare and precious ones.​

But if you have ever tried to set up a droplet microfluidic platform, you should know how much it is a Do-It -Yourself laborious work wich requires to assemble many technical components together: fluidics, optics, mechanics, electronics, software, ...

Henceforth, ModaFlow™  makes droplet microfluidics accessible to everyone with one single equipment.

It is equipped with the best optics allowing fluorescence detection with one up to three lasers and detectors, camera, high precision pressure pumps, pneumatic valves, a support for the microfluidic chip and its inlet and outlet reservoirs, and a proprietary all-in-one controlling software.

ModaFlow™ is able to screen and sort cells individually, based on membranes or secreted proteins (functional screening), while preserving their viability. 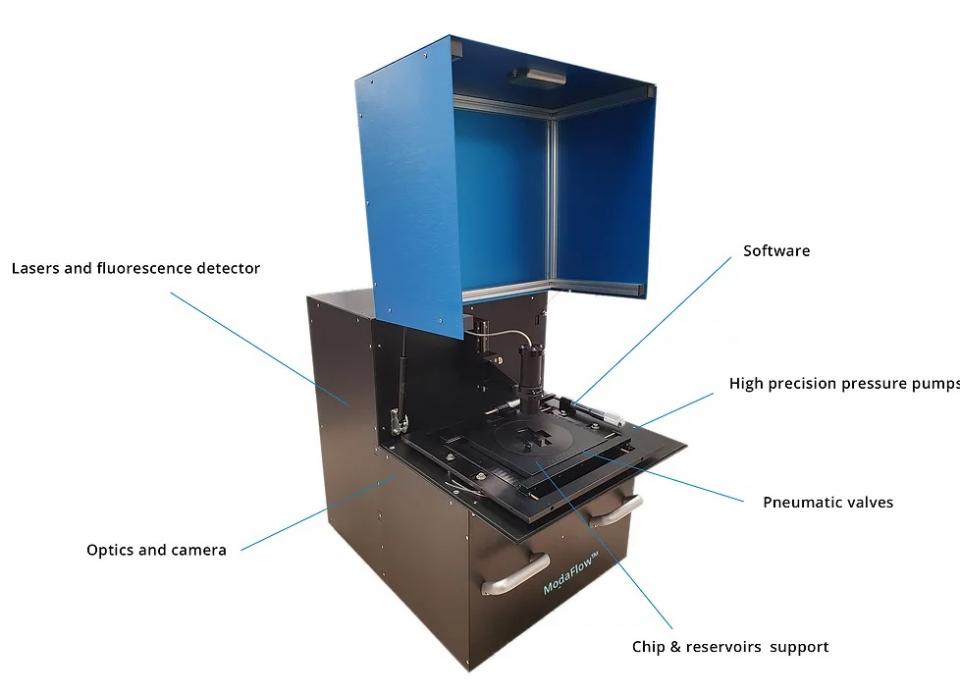 ModaFlow™ instrument is modular and easy to use to perform a variety of workflows thanks to the combination of microfluidic chips and modules.

LiveDrop provides consumable microfluidic chips made of PDMS, embedded in a proprietary plug-and play cassette, ready to use on your ModaFlow™.

​LiveDrop also delivers robust custom PDMS microfluidic chips designed for your specific needs.
These chips can be used with ModaFlow™, as well as with other microfluidic platforms. 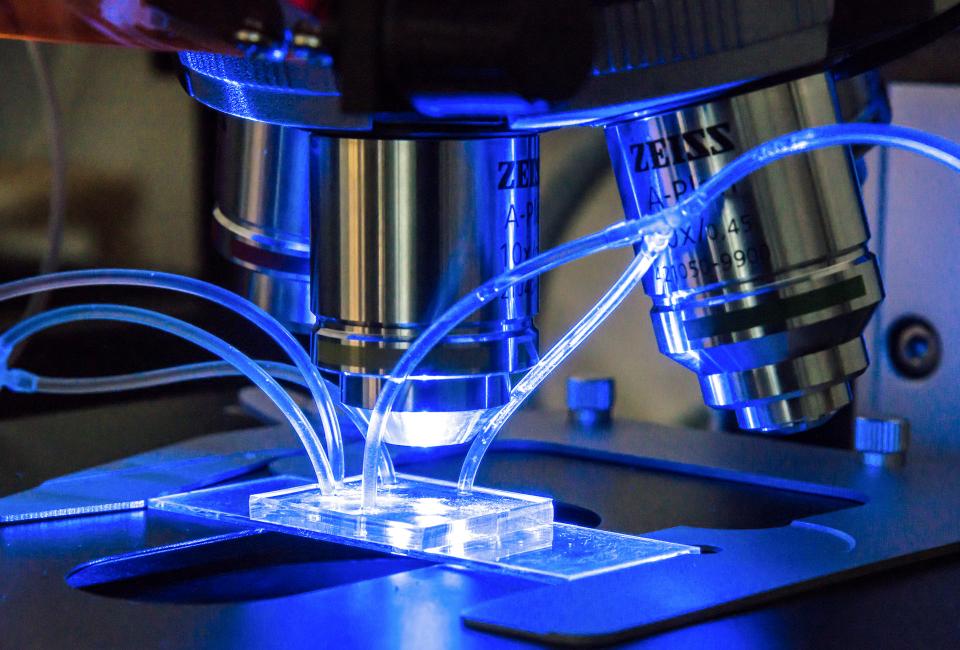 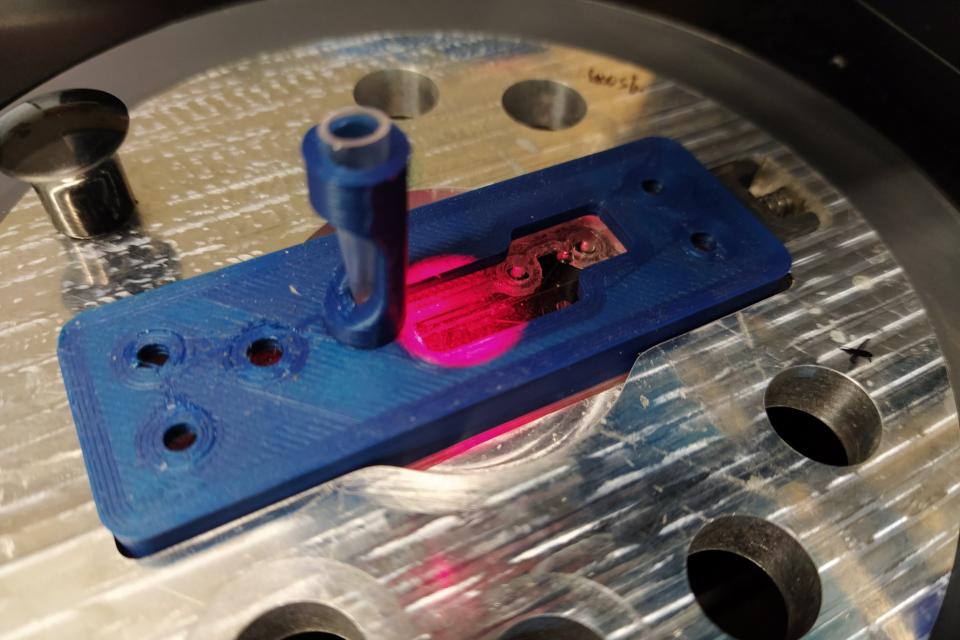